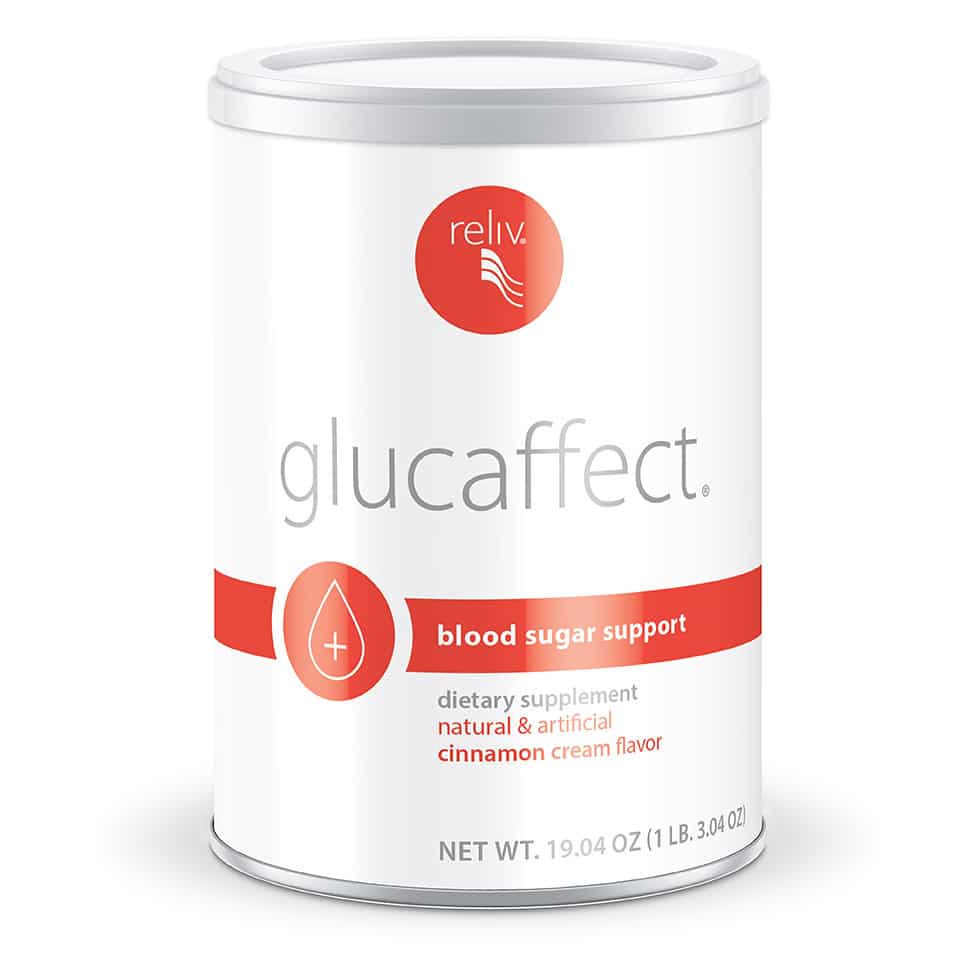 A new page will open onto our secure Reliv Corporate website.

We face a health epidemic. Increasingly sedentary lifestyles and a modern diet high in calories, refined sugars, and saturated and trans fats have left millions of people at risk of obesity and elevated blood sugar.

But you have an ally in the wellness war. Patented GlucAffect® is a groundbreaking nutritional approach to blood sugar management. A delicious cinnamon cream flavor and rapid dissolvability make GlucAffect the perfect addition to your morning coffee, afternoon tea or one of your daily Reliv shakes. Don’t become another statistic. Get in control with GlucAffect.

GlucAffect’s revolutionary formula brings together cutting-edge blood sugar management ingredients for the first time ever. And now this patented formula has added the cholesterol-lowering power of Reliv’s exclusive LunaRich™ soy powder. Ingredients have been formulated to work together for maximum results using amounts proven effective in clinical studies.

In an eight-week clinical study, 50 overweight subjects with moderately elevated fasting blood glucose, criteria for metabolic syndrome, were randomly assigned to either receive four daily servings of GlucAffect nutritional supplement or an inactive control product with identical taste, color and texture as a meal replacement. They also agreed to participate in a diet and exercise program.

Test subjects taking GlucAffect lowered their blood fasting glucose by an average of 30%, moving from elevated glucose levels to healthy blood sugar values. The lowered blood glucose was confirmed by the average HbA1c (glycosylated hemoglobin) level, which also moved into the healthy range. No significant glucose lowering was found in the control group. In addition, those individuals taking GlucAffect lost an average of nearly 16 pounds during the eight-week period, slimming to an extent on average that they achieved their optimal BMI (body mass index). No significant effect on body weight was found in the control group.

In creating GlucAffect, we included ingredients clinically shown to help address blood sugar management using amounts that had already been proven effective, so we expected good results. But even we could not have expected such a dramatic outcome in just eight weeks. Needless to say, we’re thrilled with the results and eager to share this product with the world.

Daily supplements with extracts from French Maritime Pine bark may boost endurance and reduce cramping by controlling oxidative stress, according to a new study.

* Comment: For Angela Hosman of Surprise, Arizona, GlucAffect could not have arrived at a more critical time.

“My blood sugar levels were dangerously high, between 300 and 400, and the neuropathy in my feet had spread all the way to my knees,” Angela says. “My doctor informed me that, if I didn’t get my blood sugar under control, I would lose my legs by the time I was 35 — and that my only option was an insulin pump, a highly invasive procedure which I was desperate to avoid.”

Introduced to GlucAffect by her mother-in-law, Angela began taking the product “religiously” four times a day. “After six weeks on the product, my blood sugar had dropped to a normal range of between 80 and 100!” Angela states.

And that wasn’t the only thing that dropped during those six weeks. “I also lost 13 pounds,” she reports. “And, since I’ve started taking the Reliv basic nutrition, I’ve lost a total of 29 pounds — That’s 19 percent of my body weight! I feel absolutely awesome, and I’ve been told that the sparkle is back in my eyes.”

Angela and her husband now hope to have a baby some day. “I never thought I would be able to drastically change my life like this,” she says. “To me, GlucAffect is a miracle — I’ll never go without it!”

“For years there seemed to be no cause and effect between my blood glucose readings and what I ate, how much I slept or how I exercised,” says Ray, who recently retired after more than 39 years as an engineering and manufacturing manager for a U.S. automotive company.

Earlier this year, Ray started taking four daily servings of GlucAffect and Simplicity® mixed with water. In two months, he dropped 18 pounds and stabilized his blood sugar numbers at a healthy level for the first time.

“Thanks to these two products I feel like a new man,” Ray says. “I’m standing taller, walking straighter and I have more energy. Most importantly, I have developed a much more hopeful outlook on life.”

* Comment: “My husband decided to try GlucAffect to help manage his blood sugar. His numbers greatly improved and his energy and stamina are still on the rise. The swelling in his legs is also much better, and the circulation in his feet has improved. He’s never without GlucAffect now. He’s no spring chicken, but he feels like one!” ~ Karleen Tutton, Springfield, MO

“Our daughter was diagnosed with diabetes at age nine, and has suffered from this chronic, debilitating disease for 12 years now,” Dee Ann states. “So we were honestly overwhelmed that Reliv had developed a product that could help her.

“Our daughter has what her doctor likes to call ‘Type III’ diabetes, because she has the symptoms of both Type I and Type II diabetes,” Dee Ann continues. “Type I, because her pancreas no longer produces insulin, and Type II, because she is insulin-resistant.”

On the morning that the Lucks’ daughter started on GlucAffect, her fasting blood sugar level was 292, well above the normal range of 70-to-100. “Within eight days of taking four scoops of GlucAffect per day, her blood sugar had dropped to 151,” Dee Ann states. “Over the next six weeks, it dropped to as low as 63, with an average of 136!

“The clinic where her doctor works has been involved in diabetes research for the past ten years, and everyone there is very impressed with her results,” Dee Ann adds. “There is no other product out there that can do what GlucAffect does — it truly is ground-breaking.”

* Comment: For more than 20 years, Judy Niemuth, 64, of Hawthorn Woods, Illinois, watched her mother battle diabetes and struggle with her health. Last October, at age 85, Judy’s mother passed away from a massive heart attack.

“I was emotionally and physically devastated,” Judy says. “I am also an overweight diabetic, so in addition to mourning for her, I was frustrated and worried about my own condition. But I realized I still had time to change my life.” Judy started taking GlucAffect, and after five months says she has lost 30 pounds and watched her glucose levels plummet from an average daily level of 268 down to 115.

“I am ecstatic about these changes and I can only get better,” she says. “I am now taking Reliv essential nutrition with GlucAffect two or three times a day. I am convinced that if I stay on Reliv’s products and continue to lose weight, I will no longer be in harm’s way because of my diabetic condition. My goal is to maintain my diabetes the healthy way — the Reliv nutritional way. And I can’t wait to help others and tell the whole world about my success story. It truly has been a miracle for me!”

* Comment: About a year ago, Brian Edelstein was diagnosed with type 2 diabetes. Brian, who lives in a Chicago suburb and works as a project manager in the printing industry, immediately changed the way he ate and stepped up his exercise program. He did everything his doctors advised.

“I thought I should try it if it was something that could help more,” remembers Brian. “So I started taking one scoop of GlucAffect every day with my morning coffee. Within a couple of weeks, my blood sugar levels began to dip.” Motivated by those initial results, Brian began mixing Glucaffect with other basic Reliv products in regular morning and evening shakes. A recent blood test revealed that his A1C level had dropped from 6.5 to 6.0 since he began taking GlucAffect. Brian says he is sleeping better and has much more energy.

“It’s exciting to feel better and to talk to other people experiencing the same positive results,” adds Brian, who has since become a Master Affiliate. “I can’t say enough great things about this product!”

* Comment: For eight years, Ria Mastenbrook of Sparta, New Jersey, was nearly completely disabled due to sarcoidosis, an inflammatory disease that affected Ria’s joints, lungs and heart. She was in extreme pain, slept every afternoon for three hours, and could barely take care of her two young children.

Five months ago, she started on Reliv Classic® and Innergize!® and now feels better every day, she says. “Now I don’t have to take long naps,and I’m better able to take care of my kids.”

Ria also suffers from unstable blood sugar, so she decided to try GlucAffect in November. Since then, she has noticed her blood sugar levels are now consistently in the normal range. “I felt horrible when I had episodes, but since taking GlucAffect, my blood sugar has remained steady,” she says. “I feel more balanced. I’ve also lost another 5 pounds just by taking two scoops a day. Reliv gives me hope that there could be an eventual end to the physical and emotional strife my family and I have lived.”

* Comment: When Mark Selman of Alpharetta, Georgia, learned that his fasting blood sugar level had reached 124, and his doctor started talking about medication, it “shocked” him enough to give GlucAffect a try. “I told my doctor about GlucAffect, and that I planned to take the product consistently four times a day, just like in the clinical trial,” Mark reports.

At his follow-up appointment two months later, Mark learned that his blood sugar level had lowered to 97, which is within the normal range. And his weight was down, as well. “I’d lost 15 pounds, and I’ve since lost five more,” Mark states.

* Comment: Steve Tucker is a former autoworker from Affton, Missouri. In the years before he retired, Steve underwent a series of surgeries to repair his foot after it was crushed in a workplace accident.

These surgeries sent Steve into a prolonged period of inactivity that led him to gain 80 pounds. A visit to his doctor for a physical confirmed his fears: “Everything my doctor told me was bad,” he says. “In addition to being overweight, my blood pressure was high, all my cholesterol levels were bad, my triglycerides were off the chart and my blood glucose level was averaging over 260.” In response to this bleak report, Steve began drinking four Reliv shakes a day containing GlucAffect. He added CardioSentials® to two of these shakes. The rapid results surprised everyone — including his doctor.

“Within a couple of weeks, my daily blood sugar numbers were down around 150,” says Steve. “When I went back for my six-week checkup, my numbers across the board were near the healthy range.” Steve also has changed his eating habits and established a daily exercise routine. “I’ve lost 21 pounds and in just six short weeks I have gotten my life back into my own hands” he says. “It’s wonderful!”

* Disclaimer: The statements contained in this material have not been evaluated by the Food and Drug Administration. The personal testimonials shared reflect individual experiences and are not necessarily typical of the results you may obtain. Reliv products are not intended to diagnose, treat, cure or prevent any disease.

How much should I take daily? Suggest two to four scoops daily in the beverage of your choice. The cinnamon flavor tastes great in coffee or tea.

How soon will I see results? Nutrition directly affects the daily functioning of our bodies. Everyone’s body is different as to how much they need nutritionally and how quickly they will see results. People are seeing results in numerous areas of chronic health issues as well.

Are there any drug interactions? It’s always a good idea to check with your healthcare professional if you’re concerned.

Additional Questions? Please contact us and we’d be more than happy to answer your questions. 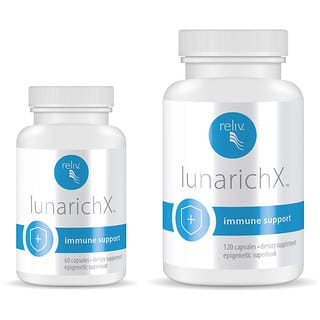 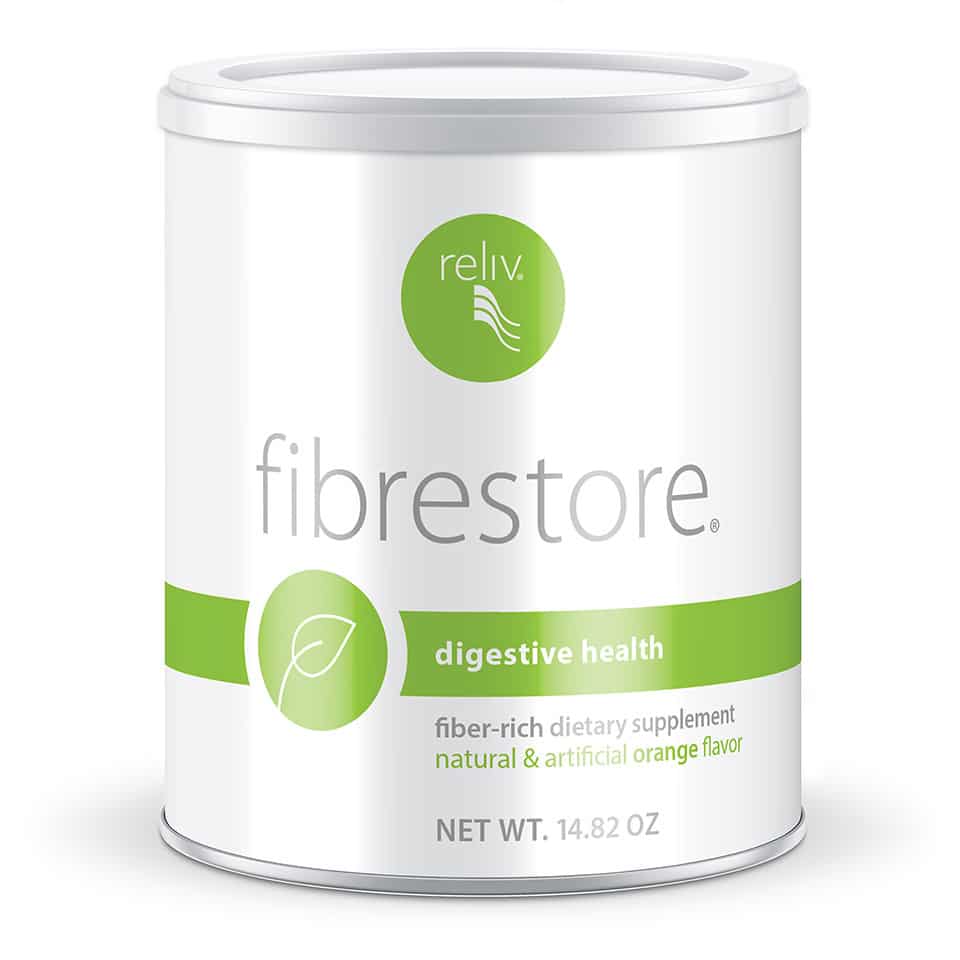 * Disclaimer: These statements have not been evaluated by the Food and Drug Administration. Reliv products are not intended to diagnose, treat, cure or prevent any disease. The results may vary from person to person.